THE TEAM AT OFF THE MAP TRAVEL HAVE CREATED THE ULTIMATE ADVENTURE TO “ANOTHER WORLD” WHICH TAKES GUESTS THROUGH PREHISTORIC JUNGLE SCENERY TO SPECTACULAR VOLCANOES ALL TOPPED OFF WITH A NIGHT IN A CLEAR BUBBLE UNDER THE STARS.

All that’s missing (thankfully) are the Jurassic Park dinosaurs! Based on La Reunion island, deep in the Indian Ocean, this new experience allows guests explore landscape that could have come straight out of Stephen Spielberg’s award-winning Jurassic Park film. To top off this incredible adventure, guests will fly over before exploring under this spectacular landscape. Taking to the air, the adventure starts with a helicopter trip over its cavernous ravines, over barren moon-like volcanoes and over lush forest to a retreat deep in the mountains, known as ‘Hikers Eden’ where they will enjoy a creole lunch cooked over an open fire.

This is followed by a chance to explore the lava tubes caves created by the flow of lava from local volcanoes.“La Reunion is a dramatic land of fiery volcanoes, steep sided jungle landscapes, starlit skies – perfect for adventure whilst still enjoying the creole culture and a splash of luxury,” says Jonny Cooper. “It’s the perfect untapped paradise and we wanted to explore it from every angle, from the drama of a helicopter flight, to the chance to climb up a lava tube – it is an adventure waiting to happen.”

Having explored the island, guests will settle down into their own bubble in the middle of the local tropical forest, perfect for lying back to experience the night sky and surrounding wilderness. Located outside of the small village of Les Makes, 1500m above sea level, there are four bubbles for guests to stay, each connected to a bathroom and lounge. “La Reunion doesn’t fail to capture the imagination with out-of-this-world landscapes and experiences, however it is the chance to stay in the bubble that brings all of that to life as you sleep in nature, deep in the forest lying back and enjoying the stars,” says Jonny Cooper.

“It really does need to be experienced to be believed.” With good international flight routes whether via Paris, Off the Map Travel arrange island adventures to La Reunion year-round, with the most popular months of travel found between May and October. Although the itinerary can be tailored to each guest, an example seven-night, eight-day, Like Nowhere On Earth itinerary with Off the Map Travel (www.offthemap.travel) costs from £1899 per person based on two people travelling. This includes six nights at LUX St Gilles in a Superior Room on B&B basis, one night in bubble lodge including dinner, a private helicopter trip to Hiker’s Eden including lunch, Lava climbing and ziplining, and private transfers. Not including flights. 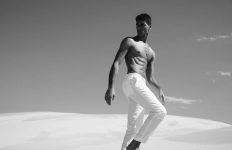 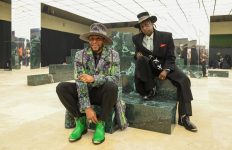 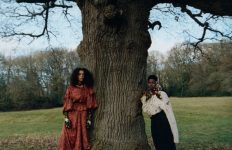 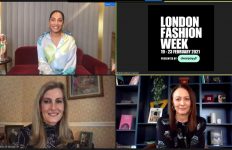