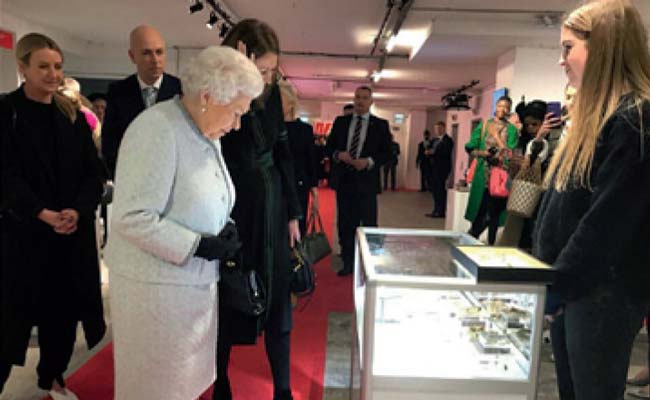 The Award, initiated in recognition of the role the fashion industry plays in society and diplomacy, will be awarded annually to an emerging British fashion designer who shows exceptional talent and originality, whilst demonstrating value to the community and/or strong sustainable policies. The first recipient of the Award is British fashion designer Richard Quinn. London born designer Richard Quinn established his namesake label in 2016 upon graduating from the Fashion MA course at Central Saint Martins. Specialising in womenswear and textiles, his collections are bold and emotive creating a forward thinking unafraid vision. Richard Quinn has been recognised for his exceptional prints and for his ability to combine unique handcrafted skill with a refined high fashion sensibility. Already supplying leading stores around the world, Richard’s ethos of collaboration goes beyond his design business to include the creation of a print studio which offers high quality, accessible services to students and his peer group of emerging designers. The Queen Elizabeth II Award for British Design has been designed by Her Majesty’s Personal Advisor, Ms Angela Kelly, who has orchestrated The Queen’s wardrobe for the past.