SHINNECOCK HILLS GOLF CLUB, NY, U.S., SUNDAY, 17 JUNE 2018 – ROLEX TESTIMONEE BROOKS KOEPKA HAS CLAIMED AN UNFORGETTABLE VICTORY AT THE 118TH U.S. OPEN, IN A SUCCESSFUL TITLE DEFENCE FOLLOWING HIS WIN IN 2017, ENSURING HIS NAME WILL NOT ONLY BE ETCHED ON THE TROPHY FOREVER, BUT ALSO INTO THE HISTORY OF THIS INIMITABLE CHAMPIONSHIP.

USOP18ct_2985
Nestled in the luxurious surroundings of the Hamptons in New York state, the prestigious Shinnecock Hills Golf Club upheld the U.S. Open tradition of rewarding extreme accuracy, and after four rounds of competitive golf on the challenging 7,448-yard layout, Koepka’s final score of one-over-par, gave him a one-shot victory in the second men’s Major of the year, for which Rolex has been the Official Timekeeper since 1980.

Koepka becomes just the second golfer to successfully defend the U.S. Open in the modern era, following in the footsteps of fellow Rolex Testimonee Curtis Strange, who’s second victory was also made in the Empire State, 29 years ago.
With this historic win, Koepka is now part of an elite group of Rolex Testimonees in addition to Curtis Strange, to have recorded multiple U.S. Open wins, including four-time winner Jack Nicklaus, three-time champion Tiger Woods and two-time U.S. Open victor, Retief Goosen.

USOP18ct_2585
With rounds of 75, 66 and 72, the 28-year-old Floridian co-led the tournament going in to the final round, and displaying continued precision, discipline and determination, scored five birdies in a final round of 68.
Following his final round, Brooks Koepka, said: “It’s incredible. I’ve looked at all these names a million times and to have my name on this trophy is very special. I’m truly honoured to go back-to-back.”

ABOUT ROLEX AN UNRIVALLED REPUTATION FOR QUALITY AND EXPERTISE
Rolex, a Swiss watch manufacture headquartered in Geneva, is recognized the world over for its expertise and the quality of its products. Its Oyster and Cellini watches, all certified as Superlative Chronometers for their precision, performance and reliability, are symbols of excellence, elegance and prestige. Founded by Hans Wilsdorf in 1905, the brand pioneered the development of the wristwatch and is at the origin of numerous major watchmaking innovations, such as the Oyster, the first waterproof wristwatch, launched in 1926, and the Perpetual rotor self-winding mechanism invented in 1931. Rolex has registered over 400 patents in the course of its history.

A truly integrated and independent manufacturing company, Rolex designs, develops and produces in-house all the essential components of its watches, from the casting of the gold alloys to the machining, crafting, assembly and finishing of the movement, case, dial and bracelet. Through philanthropic programmes and a broad palette of sponsorship activities, Rolex is also actively involved in supporting the arts, sports and exploration, and encourages the spirit of enterprise, as well as the conservation of natural environments. 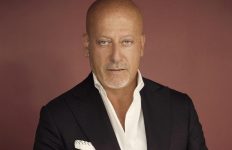 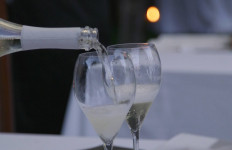 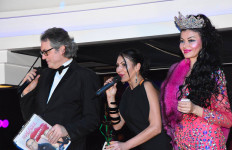 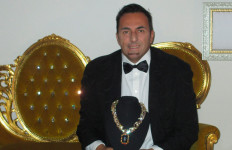