Miami-born Brazilian-heritage actress, singer, and songwriter Victoria Vida is a shooting star on the rise – already receiving an Emmy Award-nomination for her role on the global hit NETFLIX show “Project MC2,” seen in over 190 countries, with Season 2 which premiered Friday, August 12th for NETFLIX members worldwide. The series, which follows Vida as the lovable “Adrienne Attoms,” revolves around four super smart and science-skilled teen girls – particularly skilled in the fields of S.T.E.A.M. (science, technology, engineering, art, and math) who get recruited to join the spy organization, NOV8 (pronounced “innovate”), a highly secretive group of female operatives that are trying to protect the world while proving that being smart is the new cool. Vida’s character “Adrienne Attoms” is the group’s fashionista (yes those are Miu Miu’s on her feet!) and a culinary chemist – consistently whipping up recipes that help the girls out of a bind. The series has been such a hit worldwide that the streaming network has already signed on another season – with Season 3 premiering this fall.

The high school-set series is based on the best-selling “Project MC2” dolls, with Vida’s character doll routinely sold out with the highest demand, who have been a hit both for young girls and parents alike. Statistics show that while women make up half of the total U.S. college-educated workforce but only represent 29% of the science and engineering workforce, something that has been a top priority for MGA Entertainment – the company behind the dolls – to change.

The “Project MC2” dolls and accessories promote girl’s interest into the fields of science with the majority of products providing hands-on experiments and DIY activities that range from building their own robots, creating their own perfume, putting together their own rocket ship (which actually launches), to growing their own rock sugar candy and then turning it into jewelry! In fact, even First Lady Michelle Obama has taken notice!! The series in conjunction with the First Lady’s White House Council on Women and Girls and the U.S. Department of Education, announced that they are partnering with a U.S. youth organization on a program that will encourage young girls to unlock their potential in the areas of science, math, art, engineering and technology.

Brazilian-American songstress Victoria Vida has been commanding the stage and endearing audiences since the age of 8 when she performed solo in front of a sold out crowd at a Stevie Wonder concert. The tri-lingual star (she speaks English, Spanish and Portuguese!) is also incredibly passionate about giving back. Drawing inspiration from her tight-knit family who has instilled in her the value of kindness and humility, she recently wrote and recorded the song Shining Star, an anti-bullying music video to empower others to love and believe in their inner beauty and ability to fulfill their dreams. This is her way of reaching out to people who feel the way she used to and encourage them to always believe in their inner “Shining Star.” Vida’s life motto is EMBRACE YOURSELF, DON’T ERASE YOURSELF. 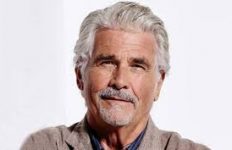 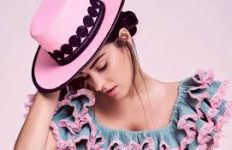 Maite Perroni GQ’s Men of The Year Awards in Mexico→ 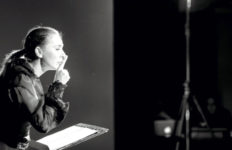 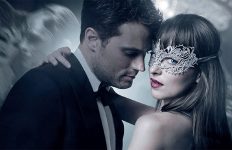