International Fashion Week Dubai Season 5 F/W fashion week was a high-end fashion event organized by The Opulence Events LLC, the event was held from 20th to 22nd October 2017 at Hotel Sofitel the Palms Dubai, United Arab Emirates. Once again IFWD was a splendid very successful fashion week while keeping its concept alive by bringing fashion designers from 12 different countries to the UAE. The designers were provided an opportunity to showcase their latest collection of haute couture, bridals, party wear etc . This season lineup of designers was again amazing, the world’s top brand Agatha Ruiz de La Prada from Spain closed the show, Mona Al Mansoori another famous elegant haute-couture and bridal designer from the emirates amazed the audience with her mesmerized collection. Another main feature of the show was that for the first time in UAE a tech designer Diana from Poland was introduced who dazzled the ramp with her amazing tech collections, it was also the launch of the brand Bianco Mimosa from Malaysia owned by Dato Ida Suaraya Bint Mustapha. 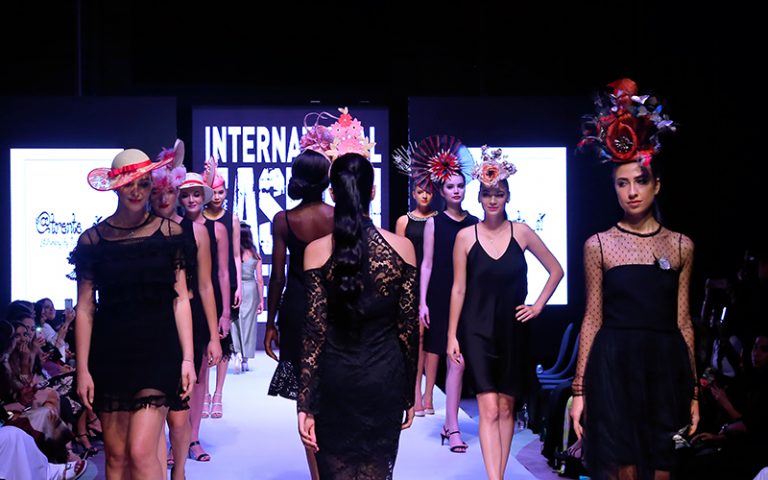 The event was inaugurated by the Chief Guest His Excellency Sohail Al Zarooni. 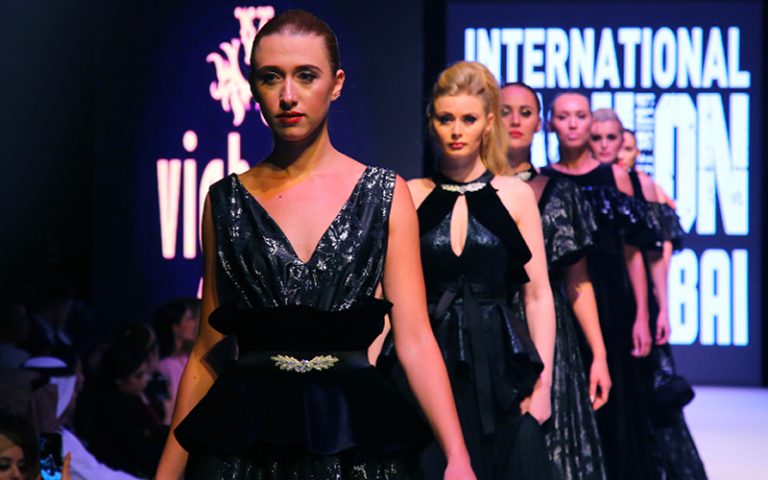 The launch of the Young Designers Competition where 15 students from American university of Emirates showcased their collections on the ramp and 2 students were awarded for the best designer. Henceforth these awards will be a regular feature in IFWD.

The event also featured hands on workshop on illustration.

The Fashion week was also a spotlight on the runway models which included Miss Kosovo, Miss USSR and Miss Poland with other beautiful beauty pageant crown holders.
Day 1 of the fashion show started with the inauguration by the Chief Guest His Excellency Sohail Al Zarooni
The participant designers on day 1 were as follows:
Opening show- Dato Ida Suraya Mustapha from Malaysia who launched her brand Bianco Mimosa for the first time in Dubai, set the ramp on fire with her elegant Haute Couture dresses themed A Tale of Tongkang yard.
Second Show- Tanya costa from Bulgaria and Hourik Millinary from Armenia displayed their beautiful handmade hats and head pieces.
Third show- Ali Assad from Syria whose brand viabesco showcased party wear looks on the ramp.
Fourth show- Niharika Mumtaz from Bangladesh showcased her elegant jewelery brand 1972 couture jewelery from Niharika.
Fifth show- Julie Patir from India showcased her amazing bridal collections on the ramp.
Sixth show- Diana Walkiewicz from Poland one of the most talented tech designers showcased her fashion tech. collections on the ramp she is the owner of brand DeVu.
Final Show- Maya Tavadze from Georgia with her talented kid models closed the show with a stunning display of kids-wear collection. 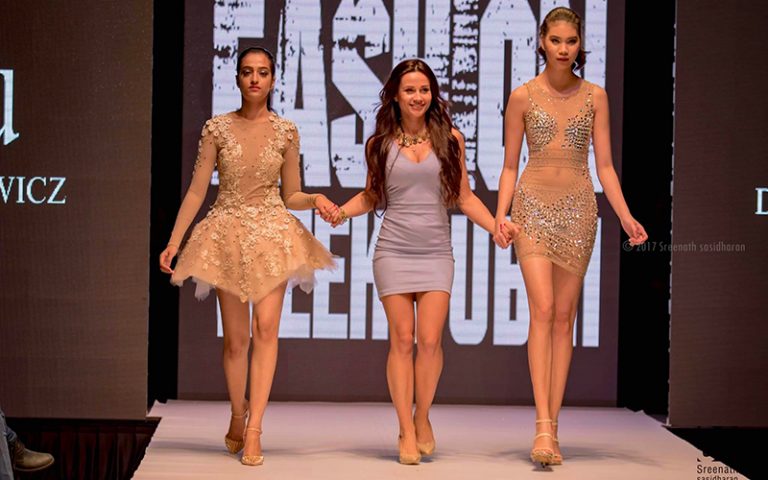 Some of the main sponsors of the fashion week were Crystal Gallery, Boudoir club, Kenjen Water, and American University of the Emirates, our media partners were B4u Plus, B4u Aflam, Elle Arabia and many more.

The show had a super success, attended by 5000 people on both days, and catered to an exclusive audience which included royal family, Ambassadors, Buyers, Retailers, Trade houses, entrepreneurs, Fashion Designers, Fashion design Students, fashionista’s and High-end society, with an unparalleled press and media coverage.
Season 6 of International Fashion week Dubai is scheduled on 29th, 30th & 31st March 2017 some of the top international and local designers participating along with local and upcoming talented designers as also the international fashion awards and the young designers competition. 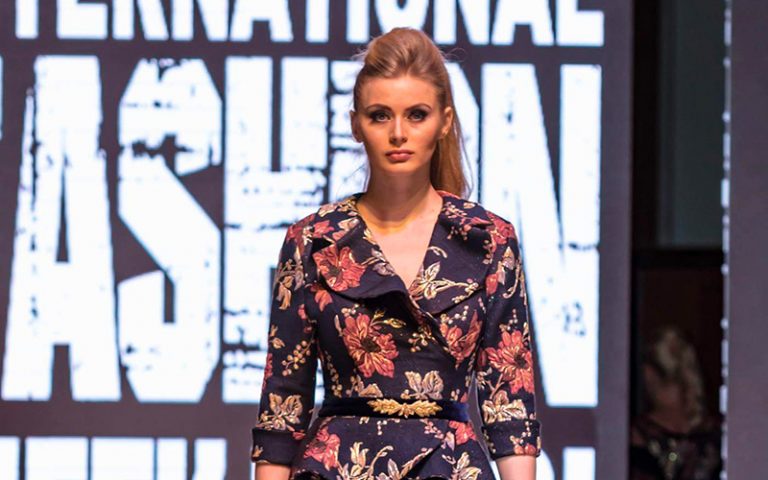 For enquiries for participation as fashion designer, expo, students competition or sponsorship.
Contact 0502062569 or email on info@opulenceeventmanagement.com
Interviews furnished upon request.
Information of this release is actual as of October 21st and 22nd, 2017. 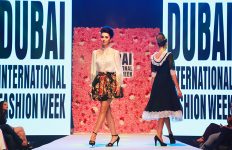 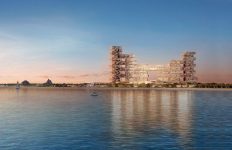 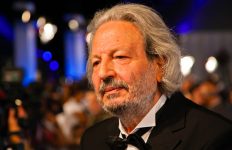 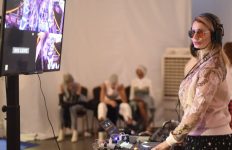