Fondation Louis Vuitton opens its doors to its next great exhibition, Icons of Modern Art: The Shchukin Collection. The exhibition pays tribute to one of the greatest Art patrons of the early 20th century, Sergei Shchukin, the visionary Russian collector of French modern art. The Exhibition will feature 130 major pieces by the Impressionist, post-impressionist and modern masters from the Shchukin collection, with particular emphasis on the art of Monet, Cezanne, Guaguin, Rousseau, Derain, Matisse and Picasso, alongside works from Degas, Renoir, Toulouse-Lautrec and Van Gogh.
From the end of the 19thcentury, Sergei Shchukin, the important muscovite industrialist, began to integrate himself into the Parisian arts milieu of the era, which tasked itself with defending the impressionist, post-impressionist and modern movements. Shchukin forged relationships with a number of modern art dealers and celebrated artists   Monet and Matisse. These friendships heavily influenced the formation of his collection, which remains one of the most radical art collections of its time.
The exhibition “Icons of modern art. The Shchukin Collection. Hermitage Museum – Pushkin Museum” marks a new step in the long-term collaboration between  the Fondation and the Hermitage Museum and Pushkin Museum, which started in 2015 with the exhibition “Keys to a passion.”
The exhibition opens on October 22nd and runs to February 20th 2017.
Thanks for collaboration Derrick Amoako,
Senior Account Executive,tvcgroup.London. 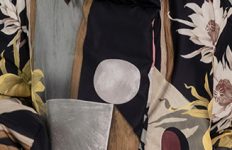