Prominent Syrian auteur Mohamed Malas (“Ladder To Damascus”) is among the thirteen Arab film directors that have made the cut to tap into the funding and networking opportunities provided by the Dubai fest’s Dubai Film Connection co-production platform. Malas (pictured) who is considered Syria’s best-known filmmaker, has depicted conflicts in the region in many of his works. During the DFC he will be talking up his next feature “Zero One One,” a wartime romancer set in present-day Damascus. “Zero One One” is described in promotional materials as the story of Narrange, a young woman fresh out of imprisonment, where she was raped, and Youssef, a filmmaker who had previously been in a relationship with another woman but refused to migrate with her. This year’s DFC projects are an especially promising batch comprising conflict-related works and regionally-rooted social dramas which appear to provide fresh angles and new takes on the maelstrom of Middle East life.

Lebanon is repped by two projects: “Costa Brava” a first feature set amid Lebanon’s never-ending garbage crisis, directed by Mounia Akl, who studied film at Columbia University; and Beirut-set “Dirty, Difficult, Dangerous” by Wissam Charaf and Hala Dabaji, described as an unlikely love affair between an Ethiopian housemaid and a Syrian refugee who find solace in each other through their respective struggles. There are three projects from Morocco: Mohamed El Aboudi’s “School of Hope,” about a nomad tribe in Morocco’s Atlas Mountains struggling to get education for its children; “It’s Faraway Where I Must Go,” about the collective memory and identity of Moroccan immigrants in Belgium, by Belgium-born Karima Saudi; and Anwar Boulifa’s “The Unwanted,” which explores the social stigma that women who fall pregnant outside of wedlock endure in Morocco. Two are from Tunisia: the ironically titled “God Bless Buddies,” about six men nearing their fifities, who’ve known each other since high-school and reunite to split up some land they’d collectively bought, co-directed by Lotfi Achour and Anissa Daoud; and “The Syrians,” a creative documentary by Mohamed Ismail Louti about displaced Syrians living in Lebanon.

Italian/Iraqi Director Haider Rashid will be pitching “Europa,” set in a forest between Turkey and Bulgaria where armed so-called “Migrant Hunters” have captured a Syrian refugee who manages to escape; Egyptian-American director Kasem Kharsa will be presenting “I Dreamt Of Empire,” in which a brilliant Egyptian professor time-travels back to the 1956 Suez Crisis War to try and prevent his son from being killed.

Jordanian writer and producer Bassel Ghandour (“Theeb”) will unveil his first feature “The Alleys,” about a hustling taxi driver who is trying to conceal a forbidden romance in a heavily populated East Amman neighborhood where gossip and violence rule. UAE-born Sudanese filmmaker will be pitching “You Will Die At Twenty,” which is set in a Sudanese village where a woman gives birth to a boy who becomes saddled with a Dervish prophecy. Besides cash prizes totalling more than $60,000, five participating Arab producers have a shot at getting complimentary accreditation to the Producers Network at Cannes. Up to two DFC projects will also be invited to the Sorfond Pitching Forum, held during the 2018 Films from the South Festival in Oslo. The 14th edition of the Dubai International Film Festival will run December 6-13. 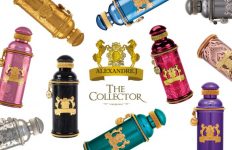 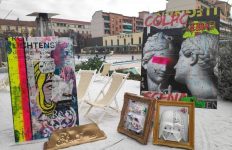 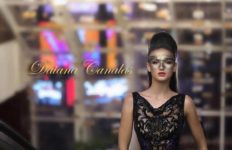