THE LEADING LADY OF AUTOMOTIVE TV, COURTNEY HANSEN, WHO IS THE HOST AND EXECUTIVE PRODUCER OF HISTORY CHANNEL’S NEWEST AUTO-THEMED TV SERIES “THE RIDE THAT GOT AWAY” PREMIERING THIS NOVEMBER, WHICH SHE WILL HOST ALONGSIDE WORLD RENOWNED CAR DESIGNER TROY LADD, WHO JUST SWEPT THE 2017 AWARDS SEASON FOR AUTOMOTIVE DESIGN. 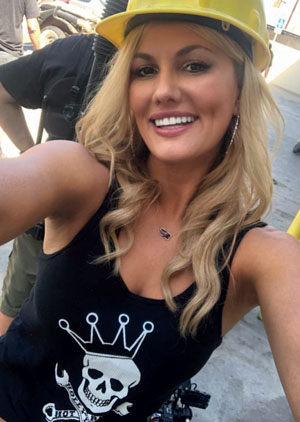 For every car lover there’s the one that got away. The one they grew up riding around in with their parents, the first car they ever bought or the dream ride they had to sell when they fell on hard times. In each episode of “The Ride That Got Away,” Courtney and Troy are on a mission to find these missing pieces of personal and family history-often veritable pieces of American history too-and get them back to their rightful owners who said goodbye to them long ago. What the owners don’t know is that they’re about to meet again.

Once Courtney finds the original car, they meticulously repair, restore and reimagine the ride, creating a fantasy version of the dream car that got away.

These are not just faithful restorations. Courtney, Troy and the team are transforming the vehicle according to the former owner’s vision. So that ‘64 Impala is turned into a badass lowrider. A 1920s Ford becomes a T-Bucket hot rod that’ll blow away the competition. Every transformation will be unique and personal to its owner, plus they’ll be souped up with all the latest bells and whistles. At the end of each episode, Courtney and Troy coordinate the surprise of a lifetime with our owners’ loved ones.

Courtney Hansen is the real deal when it comes
to cars, and first attained popularity and a devoted worldwide following as the spunky, lovable co-host of TLC’s hit car-makeover show “Overhaulin’” where she also got her hands dirty helping teams led by auto design legend Chip Foose transform a viewer’s scrappy ride into an ultimate show car in just one week. The show garnered a devoted worldwide following that remains strong to this day. During her time on Overhaulin’ Courtney also co-hosted the specials “Rides: Biggest Spenders” and “Million Dollar Motors” for TLC.
After several seasons of Overhaulin’ Hansen, Courtney went on to host 10 seasons of Powerblock/ PowerNation for Spike TV, and in later years for NBC Sports and CBS Sports, a two-hour block of 4 popular automotive shows. Each week she showed off million-dollar rides, rare classics and tricked vehicles and brought her enthusiasm and knowledge to interviews with famous collectors, race car drivers and celebrity guests like Jay Leno, UFC founder Dana White and actor Dax Shepard.

In addition to her work in television, Courtney
is an accomplished author: her book, The Gara-
ge Girls Guide to Everything You Need to Know About Your Car targets women and first time car owners. Courtney was honored as the recipient of Ford’s “Life in Drive” Award. This prestigious award recognizes women who combine talent with that little something extra that allows them to break free from convention to live life with style and attitude. 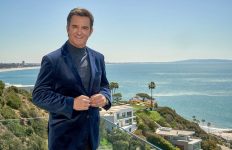 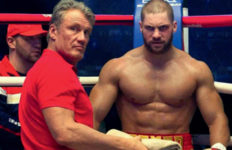 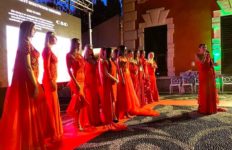 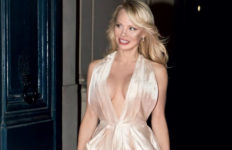