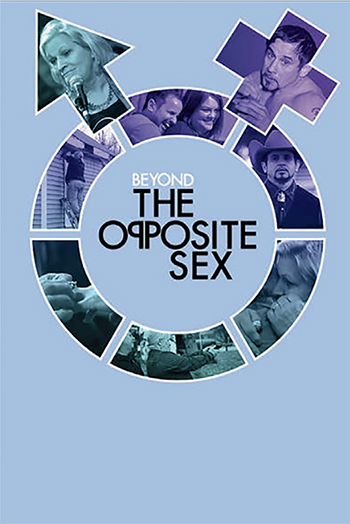 Dr. Bruce is the director and executive producer of the groundbreaking documentary BEYOND THE OPPOSITE SEX that picks up 14 years after 2 brave people go through their long-awaited gender affirmation surgeries.
Bruce Hensel is known for his legendary 20+ year broadcasting career as America’s Chief Health, Medical and

Science Editor on TV. He first introduced viewers in 2004 to the story of Rene and Jamie with his original Showtime documentary THE OPPOSITE SEX, showing the world for the first time ever on film two people going through sexual reassignment surgery. BEYOND THE OPPOSITE SEX is a remarkable follow-up.
We would be happy to send you a private screener link, please see the trailer here:

1. COULD YOU TELL US SOMETHING ABOUT THE GROUNDBREAKING “THE OPPOSITE SEX”. HOW WAS IT CONCEIVED?
I was talking to Stu Krasnow, my partner; we were both at NBC at the time. We were trying something that no one had ever done before and it occurred to us that although there was a lot of news about people who are going through the transgender transition, no film or tv show at that point had ever done any documentary on the entire journey from conception into surgery, and we thought that could break ground and help make a difference. At that time I called all of the physicians that I could find who did transgender surgeries and had screened many candidates, first in writing and then on-tape, and then we chose Jamie and Rene for their bravery and willingness to share their entire story. At that point, we had felt we had broken ground by showing something that nobody had shown before.

WHAT DO YOU THINK ABOUT AMERICAN MEDICAL CARE? NOT ALL THAT GLITTERS IS GOLD?
I think that American Medical care is among the best in the world; on the other hand, I feel that our insurance system leaves a great deal to be desired. Although, I have been in many countries where doctors are extremely well-trained, some of them trained in America. The ongoing medical education is not as peer-reviewed. So I think American medical care is just that. I think American medical insurance is strongly lacking. Obamacare or the Healthcare Act was helpful for some, but not many others. It has many weaknesses and we have to come up with a better plan.

3. WHAT DO YOU THINK ABOUT ITALIAN HEALTHCARE AND THE DIFFERENCES COMPARING IT TO AMERICAN HEALTHCARE?
I think there are many fantastic doctors and a many hospitals in Italy. One thing that I think is lacking is what we call peer-reviewed and on-going medical education. Although, the medical education might be excellent, sometimes it doesn’t evolve as quickly as what would be ideal. I think it would be great if there could be more on-going education and peer-reviews, but in most cases I am more than happy to be cared for by the Italian medical system.

4. HOW WAS YOUR EXPERIENCE AS AN ACTOR?
I went to college in California and initially planned to go into pre-med studies but I was acting and really was not doing well in pre-medical education. When I went back to New York, I drove a cab and did acting just to support myself. The experience was incredible. I was lucky enough to do a number of commercials and a soap opera. I love acting and many people ask me how is it possible that acting, theater, and producing mean as much to me as medicine. The fact is, I find that in science and in art and cinema, you must be honest. You must be creative to be a good doctor, to be a great producer, and to be a good actor. It’s all about authenticity and truth. When I went through my residency and started doing PV reporting on medical subjects, I thought my acting experience would make me great quickly. In fact, I went straight to camera and it’s very different than acting with another person, so I had a great deal to learn. But I felt that my two years in theater and acting had helped my broadcasted journalism career and I always held that deep in my heart, which is why after many years I turned my attention back to theater and my hope is that in the future I would produce many scripted films and series as well as documentaries.

5. YOU HAVE CONTRIBUTED TO FINDING OUT MEDICAL SCAMS, WHAT DID YOU DISCOVER?
I found many times that potential cures and remedies were really scams. The chief medical correspondent at NBC had stories pitched to me about cures. You would think that in this day and age, with so many options, that there would be more cures. In fact, the incident of having so much information makes it difficult for the patient, for the client, to choose what is best, and I considered that my main job. For instance look at body scans are not the best way to find cancer and other illnesses. Total body scans expose you to a great deal of radiation and they can miss things that might be there; your personal history and gut feeling are much better at finding things and helping you make the right choices. Vitamins are not for everybody; they do not necessarily prolong life and in some cases they may shorten it. Individual vitamins are better in many cases. So I believe it is my chief job to separate truth and fact from fiction and scam.

6. YOU WERE RECENTLY IN TURIN ITALY, COULD YOU TELL US ABOUT YOUR EXPERIENCE?
My experience in Torino was phenomenal. I had already been in Florence, Rome, parts of Sicily, and I always loved Italy. Because I knew of the industrial history of Torino, I did not expect much; however, the buildings, the squares where thousands and thousands of students and others gathered . . . it was just a wonderful experience for me and my wife, Selena, she is from Taiwan, we both live in California, but we lead the pedestrian life. We love the shops, we love the food, we love the people, our experience in Torino was wonderful. We were surprised and blessed to win the best documentary at the Lovers Film Festival in Torino while we were there, which made it an even more rewarding experience.

7. YOU ARE ONE OF THE FOUNDERS OF “DR. KOOP”; THE FIRST INTERNET HEALTH SITE IN USA, CAN YOU TELL US ABOUT HOW THE PROJECT WAS BORN?
Dr. Koop was perhaps the most famous surgeon general in American history; the first to say that people should not smoke. He recruited me to help run the content. It was the first healthcare website and it was phenomenal. It was a forerunner of internet healthcare; it was one of my most incredible experiences.

8. YOU ARE ONE OF THE MOST INFLUENTIAL JOURNALISTS TREATING HEALTHCARE AND MEDICAL ISSUES IN THE USA, HOW IS YOUR RELATIONSHIP WITH OTHER PHYSICIANS?
My relationship with other physicians is wonderful. One might feel that there might be jealousy but I actually feel that my highest compliment I got, was that most of the physicians I met said they thought I did a great job. It sounds like I’m patting myself on the back, but it was the most rewarding part of my job. Frankly, when I first started out, my mentor, Dr. P.K. Shah, the head of cardiology at Cedars-Sinai Medical Center, pointed out that mistakes were made in my first report. This was many, many years ago and I thought that I would never be able to satisfy everybody. But I learned as an actor, producer, and physician learns that by simply stating all the facts, being sure to say what you don’t know, and to make sure you quote related studies and try to put them into perspective, you can make everybody happy. You can satisfy readers, viewers, listeners, and physicians. Now there are many medical shows at this point that I will not name, but many of them are criticized because in the name of entertainment they are saying many things that are not true. I was lucky enough as a journalist on the news to not have to play to sponsors or to enter tainment and to deal just with the facts. My colleagues held me in their highest regard and I consider that the highest compliment I’ve ever had. 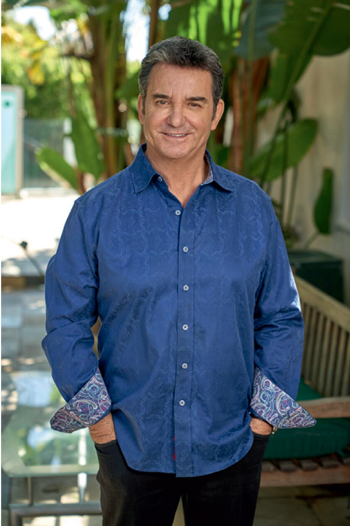 9. FUTURES PROJECTS?
Yes, I’m open to the future to continue to produce both fiction and documentary films. I’m working on a scripted film right now about a teenage girl who gets in a lot of trouble and who has many lessons that I believe can be learned. I’m also working on a series about sexual therapy. I’m also looking into doing more documentary work. I believe a great film has to be not just about the social issues. Social issue films, when they’re only about social issues, certainly perform a service but they’re medical-type shows. You have to show human stories to capture peoples’ attention and hearts. Jamie and Rene’s film is really about Jamie and Rene; of course it’s about gender re-assignment and social issues. We, after making the first two films, have stayed in touch. We felt that nobody had ever done a film about what really happens in their lives. The world has changed but do they regret it? Did they make the right choice, which seems like “no” in the first two films and we felt that we could break it down again with Beyond The Opposite Sex because there’s all the news about celebrity transgender people. Gender re-assignment surgeries are only the beginning of the journey for many people who are ready to change opinions in the LGBTQ community about whether or not people should be called transgender after surgery or not. I can only hope that we put a lot of questions in people’s minds, that we change some minds, and we show people that no matter whether heterosexual, lesbian, gay, transgender, that there are many normal and healthy people who walk long and arduous journeys and I can’t thank my co-director Emily Abt, my partner Stu Krasnow, Showtime, and Jamie and Rene as well as the Lover’s Film Festival enough for helping us to do this.

10. COULD YOU GIVE US SOME ADVICE ON HOW TO AVOID MEDICAL PRIDE?
I think one of the pieces of advice I could give would be to not completely rely on the internet. Many people are what we call cyber-condriacs; realize that the internet is driven by search engines and sponsors. If you put in “my finger hurts” and look for a reason, you might be lead to think you have finger cancer. Go to reputable sites to get your information. Don’t rely on sponsorships for that. Second, if you are told something or offered something online, make sure you get it verified before you seek it out. Realize that systems in your history, family and personal, play major roles. Tests are not right for everybody, results don’t mean the same to everybody; it depends on personal history. Your personal history and your symptoms should be what drives which test you have when, so that you can get benefits for all of the advances, without all the downsides. I hope one day to be able to write a book and make a show about that as well; how to live to 109 years old, how to cheat death, how to avoid medical pride and get the best out of life.