The typically traditional House of Berluti’s film also revealed a common thread among the phygital fashion week events. That is, the adaptability and even embrace of new virtual mediums by brands. Artistic collaborators ranged from Scottish-born painter Peter Doig for Dior Men to American hip-hop legend, rapper Yasiin Bey AKA Mos Def for Louis Vuitton. Virgil Abloh’s sixth collection titled Ebonics, explores racism, Eurocentrism, and Abloh’s own personal experience as a Black creator and intelectual. Through snowy mountain tops and a teal marbled maze, director Josh Johnson captured Abloh’s own story, aspirational message, and equally impactful fashion on film. Inspired by James Baldwin’s 1953 essay “Stranger in the Village,” a reflection of how it felt to be a Black American artist in the majority white society of Switzerland, Alboh examines his African heritage sartorially and through the spoken word of Saul Willams and Kai Isiah Jamal. Ghanian Kente cloth embossed with the LV monogram, tartan checked quilts, crisp white cowboy hats underlaid by silk durags, and 3D European cityscape puffer jackets brought to life the idea embroidered throughout the collection: “Tourist vs Purist.” Abloh has struggled in the past with accusations of mimicking the ideas of others, but here the designer’s slogan and global exploration of design defends his methodology, questioning to whom ideas, art, and culture really belong.

Berluti, a company within the LVMH luxury behemoth, controls 10 stores in China, where it will shortly open a pop-up on WeChat. We are sure fans in China and elsewhere will dig this collection when they, finally, get to see it. Though it certainly didn’t start the Paris collections with a bang. 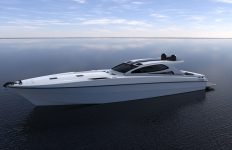 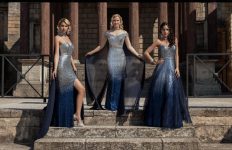 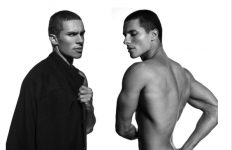