People en Español’s “Most Influential Person of 2016”,actress, business woman, activist and former Miss Universe Alicia Machado has become a powerful voice for women’s empowerment and body positivity around the world. Alicia became a household name during the 2016 presidential campaign, when Secretary Hillary Clinton name Machado as an example of now President Donald Trump’s insulting treatment of women at a town hall debate (see WashPost video of Alicia’s story). She became a powerful symbol of Trump’s treatment and insults towards women and the overnight face of an abuse of power epidemic that has since swept our nation. 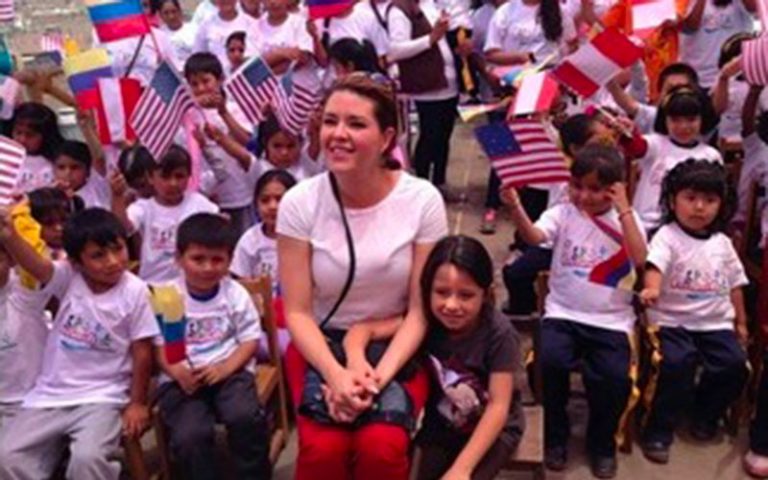 Machado was mocked by Trump, the new owner of Miss Universe, for gaining weight while still wearing her crown, calling her “Miss Piggy”. She watched in horror and utter embarrassment as her legacy was turned into a publicity stunt by her boss who had invited a large group of press to watch her work out with a trainer – something that was a surprise to her until she got to the training facility. She was belittled and made to feel inferior for her heritage and upbringing as he mocked her Venezuela roots, calling her “Miss Housekeeping. 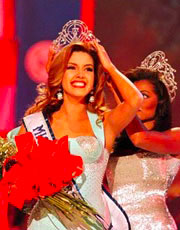 All of this abuse of power on Trump’s part took massive tolls on Alicia’s life post-reign, spurring a years-long eating disorder. Her story hit home with millions of women who came together and found their own confidence and voice. Alicia stood up and lent her voice in solidarity to the millions of women and men who marched in the Women’s March this past January, and she remains standing up fighting for the millions of women who have stepped out of the shadows during the #MeToo campaign.

Alicia started her journey at an early age in her native Venezuela, as a ballerina. However, it would be her crowning as Miss Universe 1996 what launched her international career and her struggle with body image. When Alicia was younger, body image was never something she thought about. Growing up in a normal and loving Venezuela family, her daily diet consisted of a Latin diet with lots of rice and beans. When Alicia decided to try out for Miss Venezuela in 1995, this lifestyle only changed slightly and she was happy just eating healthy food, exercising and dancing.

Machado just wrapped filming as a judge on Telemundo’s brand-new competition reality show “Gran Oportunidad” – shot in a similar vein of “America’s Got Talent. Additionally, Machado has participated in a “Dancing with the Stars” type of reality dance series where she placed third in Latin America, starred in theatrical productions of MAME, THE VAGINA MONOLOGUES, and HAIRSPRAY, and as a singer, her album ALICIA MACHADO was nominated for a Latin Grammy and Billboard Award. As a model and Latino celebrity, Alicia’s image has appeared in more than 35 international ad campaigns including Budweiser, Danone Light, Kellogg’s, McDonalds, Pantene, and Snapple.

As a successful businesswoman, Alicia runs her own beauty and fashion product line “MAlicia,” where she predominately employs women, currently available in both the US and Mexico. Her collection includes everything from beauty and perfume products to fashion and shapewear and can be purchased worldwide online here.
These days, Alicia empowers other women to be strong, confident and sexy in their own way to allow themselves to live happy and healthy lives. Alicia overcame breast cancer in 2013 and decided to share her personal story to CNN, giving hope and inspiration to many women.

As a single mother,Alicia’s survival story was especially poignant as she shared the fears and worries she faced when thinking about what would happen to her daughter if something happened to herself.Becoming a survivor and knowing the difficult realities of being a single mother, Alicia started her non-profit “Mamis Solas” a foundation for single mothers that help them get an education, find work, and afford daycare for their children.

As an animal lover and advocate Alicia has also become a Latin brand spokesperson for PETA, participating in their iconic “I’d Rather Go Naked Than Wear Fur” campaign as well as a new PETA campaign advocating for neutering and spaying your pets which will be out shortly.
We would love to discuss setting up an interview with you and Alicia, speaking about her business ventures, her advocacy work, and women empowerment which she fiercely stands up for – something needed more now than ever in Trump’s America.
Thanks for collaboration our partners ,press office from USA,